(Sexy sexy) I know y'all miss the bounce

Need to bounce for the sexy you know

Yeah ma, your dude is back, made back roof is back

Tell the whole world the truth is back

You ain't got to argue about who could rap

Cause the proof is back just go through my rap

New York New York yeah where my troopers at

Where my hustlers where my boosters at

I don't care what you do for stacks

I know the world glued you back to the wall

You gotta brawl to that

I been through that, been shot at shoot back

I ain't a New Jack nobody 'gon Wesley Snipe me

It's less than likely, move back

The more space I get the better I write

I need the space to say whatever I like, now just

(Change clothes and go) You know I stay, fresh to deatth I brought you from the projects

Uh huh yeah, uh (And girl I promise you, no substitute) It's just me

You could bring your friend we copuld make this a tandem

You could come by yourself and you could stand him

Best believe I sweat out weaves, give afropuffs like R.A.G.E.

Awww you get If you could move it

Back it on up like a U Haul truck

Then run and tell them thugs you heard Hovi knew

He and the boy for real make beautiful music

Young Hov in the house it's so necessary

No bra with the blouse it's so necessary

No panties and jeans that's so necessary

Now why you frontin on me is that necessary

Who don't understand a bra with a mean shoe game

Whose up on Dot Dot Dot and Vera Wang

Ma are you insane, let's just

(Woman speaking: What you want me to do?)

Young Hovi in the house it's so necessary

No bra with that blouse it's so necessary

No panties and jeans it's so necessary

Why you frontin on me?

Let's go to my hotel cause this don't go well

With those S Dots, try to stay fresh ma

Ma, I don't shop what the rest by

Jiggy this is probably purple label

Or that BBC or it's probably tailored

But y'all niggaS actin way to tough

Throw on a suit get it tapered up, and let's just 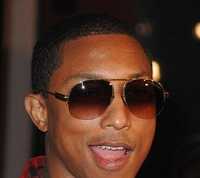