OTEP is a beast reborn amongst a newly formed gang of four: Otep, the vocalist, Lee Rios on guitar, Doug Pellerin bangs the drums, and bassist eViL j are the newest heads of this ever growing Creative Hydra. Their second album, House of Secrets, produced by Greg Wells in Los Angeles at Rocket Carousel Studios in late 2003, boasts a fertile evolution of artistry and venomous power.

Otep is herself, a poet, an artist, a conduit. "I'm the conductor, things flow through me," Otep will tell you. When she began to bring her vision to fruition, to take her art, her ideas, and her poetry and bring it to life, she gathered her inner forces. She knew the stage on which she'd perform: the arena of metal. Metal, a world rife with competitive testosterone. Think Slayer. Think Korn. Think Slipknot. Think...any band and you'll find nary a damsel. "Once I broke through the gates, it became a lonely place not only because of my gender, but the overall environment." However, Otep persevered. Forming in the fall of 2000, in the abyss of the West Coast, the band OTEP raged. Within eight months of becoming one - and this is certainly not lore - Sharon Osbourne was wowed enough to offer OTEP a 3rd stage slot on Ozzfest 2001 before they had a record deal. The execs at Capitol were captivated as well signing the band without a demo, strictly on the power of their live performance. The result was their debut album Sevas Tra; a triumph, a dream, a reality.

A lifetime of writing, and in a single instant, thrust upon a stage, to perform for the minions of metal. "I never performed before in my life; I didn't know I could pull it off, I just knew I was compelled to try, " Otep confesses. "On the new album," she continues, "I followed the muses, my instincts, and never doubted the path. Even when it led me to sing. I have never considered myself a singer, I am more of an orator". Indeed, on their second release, House of Secrets, Otep does more than simply sing; she howls, screams, informs, protects, destroys - distorted, distended, destructive, far more so than on Sevas Tra.

Music is holy, art is sacred, and creativity is power.

When Otep approached the sophomore effort, House of Secrets, she decided to hire producer Greg Wells, who recently worked with The Deftones. "For this record, I wanted to conspire with a really creative producer who not only could write music but was willing to test the limits of it. Before writing "HOUSE", I met Greg and within five minutes I knew I wanted to work with him; his genius at writing, composing, & passion for music excited me. He understood my philosophy of art & it's been the best creative experience I've ever had. House of Secrets is a much more pure album."

Pure in its purest sense. On House of Secrets, Otep opened her creative breadth & unleashed a hellhound of inspiration.

The results are not for the aurally shy. House of Secrets is "more aggressive, inventive, it's angrier, it's louder than Sevas Tra". Otep acknowledges, adding, "It's the same roots as the first record, but a much bigger tree. With Sevas Tra, I had an entire lifetime to store up imagery, the ideals, and the symbols for what became our 1st album. House of Secrets is much more explosive, more experimental. I wanted extremes on both ends; I wanted to unleash madness & genius. I wanted to challenge myself right now, who I am at this moment, at this time. For art to be successful you have to make yourself vulnerable. In this industry, lots of people are afraid to be thought of as weak, my only fear is not being creative." 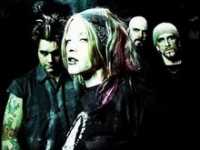