One Direction’s Niall Horan regrets tattoo on his butt 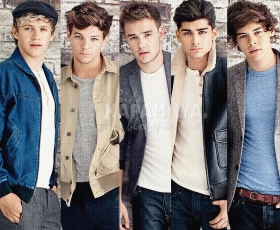 Niall Horan regrets his ass tattoo for a TV stunt. The Irish popstar didn’t need to much persuading to go through with the stunt, said the presenter and actor James Corden.

"It was the most incredible moment," he teased in an interview with British magazine Heat. "I actually think it might have been Niall's idea. I said 'We've had this idea that I tattoo my face on to you,' and he said, 'Yeah, good idea, why don't you tattoo it on my ass?'

"Well, I happen to know that it took him about three weeks to get rid of it. He kept sending me texts saying, 'It's still there.' Then he sent me a photo about a week and a half later, which was just a picture of my faded face on his left buttock. Bless him."

The presenter was pleased to have Niall, Harry and Louis in his show because of the band's full schedule.
"Well, technically, when we filmed that episode it was One Direction's only day off in their schedule, which is so busy none of us can comprehend it," he said. "But they just really wanted to do it. Zayn had a wedding and Liam was up north with his family, but luckily we got the other three.

They're big fans of the show, and they were just totally up for doing anything."