One Direction waste loads of money 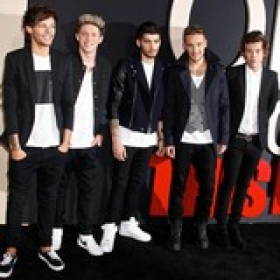 One Direction are apparently worth £10million each, so they can afford to pick products on their global travels.

"We bought some robots that played football too but they would not work because of the Japanese plug," Liam told UK newspaper The Mirror.

"They would not work because of the Japanese plug," he shrugged.

Louis also admitted he bought an "interactive mirror", which he's never used. "I liked the idea of it. It is just a mirror that has the weather on and the news - and it is a waste of money," he said.

Louis and Zayn also purchased some motor toys. "...This tour me and Zayn bought some go-karts and they broke and we had to keep having them repaired," he said, admitting, "It was a waste of money. We used to race them in car parks."
One Direction wrapped up their Take Me Home Tour in Tokyo on November 3 but their Where We Are Tour is scheduled to begin in Dublin on May 23, 2014.