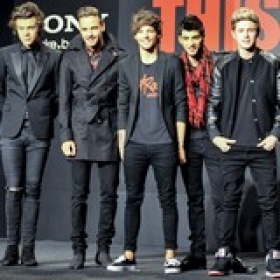 The members of the One Direction British band get free taxi rides despite being millionaires.

The guys have just landed an endorsement deal with the Addison Lee Company, after band member Louis Tomlinson tweeted about the London cab firm.
“Surely we get some kind of @AddisonLeeCabs gold card for the name drop haha !!??” joked Louis on his Twitter account.

However, this is not the only time that the guys associate the cab company to their band’s name. In their latest single, “Midnight Memories,” the boys sings about squeezing all their mates into the back of an Addison Lee cab.

According to British newspaper The Sun, the company promptly responded to the guys’ unwilling attempt of promoting their cabs.

“Addison Lee were delighted to be mentioned in the song,” a source told the publication, noting the Vevo video for Midnight Memories has already received more than 12 million views. “They even tried to see how many people you could actually fit in one of their cabs off the back of it. So they were more than happy to give something in return. Thanks to Louis, they came up with the idea of giving them a year's worth of free cab journeys.