One Direction Intended to Fire One of Their Members 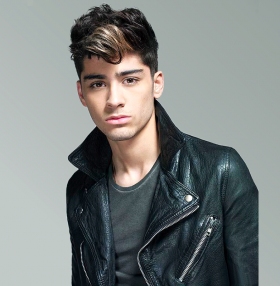 Believe it or not the members of One Direction had almost had one of their “troopers” fired. The unfortunate one is Zayn Malik.

According to the members’ statements, Zayan’s struggle to get out of bed nearly cost him his spot in One Direction.

The British boy band, which consists of Zayn Malik, Harry Styles, Liam Payne, Niall Horan and Louis Tomlinson, became known worldwide after performing on The X Factor UK in 2010.
Anyone who has seen them in concerts has probably thought that the five members are BFFs. But apparently they’re not.

During a press conference for their new movie, “This Is Us”, Liam confessed to the press that his band mate Zayn was almost fired from the group in their first week because he overslept.

"The first week we got together it was all a bit strange trying to get people together for rehearsals. Still to this day it's a struggle to get Zayn out of bed,' Liam reveled.

'Remember he didn’t show up and you were going to fire him?' director Morgan Spurlock added.

According to Zyan, things have considerably changed. He is now a reliable and mature person. His actions speak for himself. The 20-year-old singer has recently bought his mother a house from the money he has earned.

One Direction's new documentary, which charts their spectacular rise to stardom, will be released in cinemas at the end of this month.