One Direction Include More European Countries in Their Tour Schedule 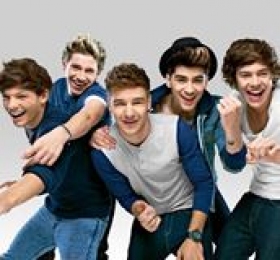 One Direction fans across Europe will be thrilled to find out that their favorite band will be performing in more European countries, not just in UK and Ireland.
Although Harry Styles, Zayn Malik, Niall Horan, Liam Payne and Louis Tomlinson previously announced that concerts will be held in UK, Ireland and Latin American they have recently changed their mind, and they included more European countries in their 2014 stadium tour.
Tickets go on sale on Saturday, the 28th of September, 2013.

Check the tour days below:

The new dates are:

The release of these new tour dates follows on from the announcement of One Direction's keenly anticipated third studio album 'Midnight Memories.' Set for release on 25th November, 'Midnight Memories' will include the recent smash hit single 'Best Song Ever' ' awarded Song of the Summer at the MTV VMAs last month.

Last month One Direction made their cinema debut with their massive hit 3D concert movie 'One Direction: This Is Us.' The film has been a phenomenal success, topping box offices around the world and grossing an incredible $60 million worldwide.