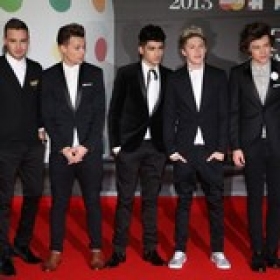 One Direction convinced a maid to help them with the recording of their brand new album.

According to the newspaper The Sun, the members of the band were recording in a hotel when they realized that a new sound effect will give their tracks a much more interesting touch. Apparently Harry Styles was the one that convinced a maid to help them.

“We needed a, you know, a groan on one of the songs,” he declared.

"So I asked a lady at the hotel to record the 'Urgghhhhh!'
She was nervous at first but soon got into the swing of it."

The band’s new album is entitled ‘Where We Are’, and it will be released later this year. Meantime One Direction is on tour. The band performed in Dallas, Texas, Monday night, and will continue their trek through the US and Canada.