One Direction: Britain’s wealthiest youngsters for under 30’s rich list 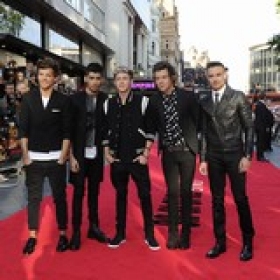 One Direction have topped the list of Britain's wealthiest people under 30 with a fortune of £60million.

UK newspaper the Daily Mail reported that One Direction knocked last year's winner Daniel Radcliffe off the top spot of Heat magazine's Rich List for under-30's.
Harry Potter star Radcliffe has topped the list in 2010, but this year os on the second place on the list with £56.19 million.

One Direction were listed as a group because they generated income as a unit instead of solo work, while most people on the list are individuals.

The band’s income includes movies, record sales, and TV shows.
'One Direction are young, talented, staggeringly good looking and adored by millions,' said Heat's editor-in-chief Lucie Cave. 'To that we can now add 'rolling in cash'. No one said life was fair.'

Here is the top ten for Heat's under-30's Rich List: