OceanLab is a project comprising Above & Beyond and singer/songwriter Justine Suissa.

Their first collaboration in 2000 produced 'Clear Blue Water' and took them to the heart of the trance scene. The follow up singles, 'Beautiful Together' and 'Sky Falls Down' cemented their position as a strong favourite amongst fans of trance all over the world, with Justine regularly being voted "Best Female Vocalist" in the scene. Their fourth single 'Satellite' was a huge hit across the world - A listed by BBC Radio 1, it reached the top 20 in the UK in 2004. All these singles received 5 star reviews in the press.

Following the success of the debut Above & Beyond artist album 'Tri-State' and with so much love already out there for OceanLab it was decided to stop releasing OceanLab singles and instead record a whole album where the songs, and not the dance-floor, would dictate it's sound. The next scheduled single 'Sirens of the Sea' was put on hold and work began on the album in 2006.

After nearly two years of hard work, both in the UK and in Ibiza, and with fans waiting impatiently, Tony, Jono, Paavo and Justine are putting together the final touches for the release. 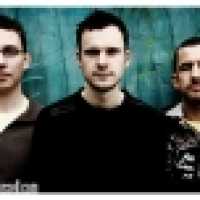