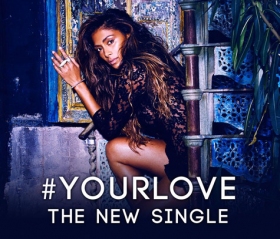 Nicole Scherzinger is back!

The former Pussycat Doll singer hung up her well-worn X Factor shoes and she is back in the spotlight with a catchy track entitled “Your Love.”

“Something about you so enticing/Even when I try to fight it/Knock me out like Michael Tyson/ I'll do whatever you want,” sings the hot brunette in her latest track, which was initially scheduled for release later in July.

Created by the unstoppable team of The-Dream and Tricky Stewart, Nicole’s brand new song will be included on her upcoming album, which, according to the singer, “is a reflection of the woman [she is], the woman [she is] not and the woman [that she wants] to be.”

Rumor has it that the diva will be releasing the visuals for her catchy track soon, for she has been spotted filming for the video in Malibu.
Stay tuned!