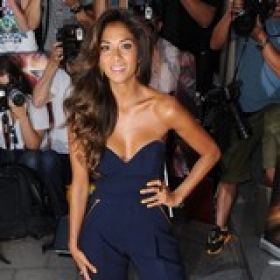 Nicole Scherzinger is reportedly accusing Lewis Hamilton of messing with her head.

The Formula One pilot and the former Pussycat Doll singer started dating in 2007, but broke up and reunited several times before calling things off for good in July this year.

Apparently, Nicole is trying so bad to make their relationship work, that her lover’s attitude towards her left her in a confusing position. If the sports star initially promised Nicole children to take him back, now it seems that he has changed his mind, leaving the 35-year-old in a frustrated position.

“Lewis is blowing hot and cold and Nicole feels like he's messing with her head," a source revealed to British magazine Star.

“She was so happy when it looked like they were getting back together, but now she doesn't know where she stands. It's so hard for her, because she really loves him and has invested so much time and effort in the relationship, but she can't wait forever. The worst thing is that she doesn't know why he's had a sudden change of heart. Only recently he told her that he wants to start a family with her.”

It seems that the situation has affected Nicole. Although the The X Factor UK producers denied she'd been drinking, the diva was accused of slurring her words on one of the show’s episodes.