Nicole Scherzinger Is All “Wet” In Her New Single 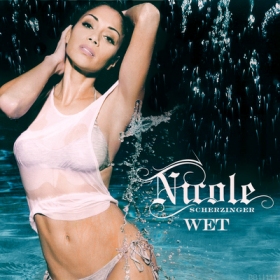 Ah, just the thing to beat the summer heat: a splashy new single from Nicole Scherzinger! The X Factor judge’s new Killer Love track is positively dripping with sex appeal in her ode to getting doused — “Wet” is a dance-ready club banger that chronicles all the many sexy ways the InStyle cover girl might find herself in the titular state: sweating, a shower, a swim, drowning. (Curiously absent: being sprayed with a hose.) Surely it’s no coincidence this one has been dropped in July instead of, say, January: this refreshing, Stargate-produced dance jam is the musical equivalent of a run through the sprinkler. Hear it below.

For now, “Wet” is a European single only as we await the U.S. debut of Scherzinger’s LP. But we wouldn’t be surprised to hear this one hit the domestic Top 40 eventually, especially with a well-known rapper adding some rhymes to the mix.

Now if you’ll excuse us, we need to go take a dip in the pool!