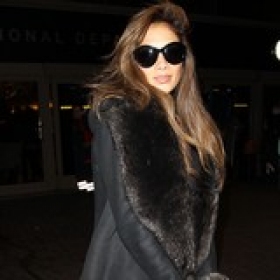 Nicole and Prince have been friends for many years. In spite of her busy schedule, she managed to attend part of his show at Electric Ballroom in Camden on Wednesday.

The Sun quoted a source saying that, “'Nicole was at another awards do attended by Prince Charles then went to see Prince in Camden”. Afterwards, she apparently went to a VIP after-party to Prince’s private residence where she stayed for a few hours.

Nicole Scherzinger is seeing racecar driver Lewis Hamilton since 2008. They have been on again, off again allegedly because Lewis wasn’t ready for marriage. Sources say that now they are finally ready for a commitment.