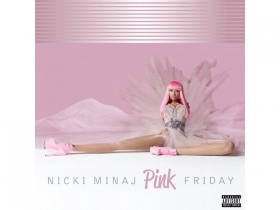 Just a few days before Pink Friday release date, Young Money Entertainment decided to lure fans into buying the album by giving a full listen to not one, but three new songs. They are Moment 4 Life which features Drake, Fly featuring Rihanna and Blazin' featuring Kanye West.

Explaining story behind the Drake duet, Minaj once said, [The song] is about 2 kids that grew up on the same block. They shared their dreams of making it as rappers. They laughed together, they cried together. One day they realize that their dreams have come to fruition. Though they know all things come to an end, they celebrate.

Talking about the track she worked with RiRi, she said: This song is a female empowerment song. But then again, it's not specific to just women. It speaks about flying, soaring high in the face of every single solitary adversity that comes your way.

As for Kanye collaboration, she gushed, That record is a dope, dope, dope record where Kanye shows off as always. It's one of those for my dudes to ride to, not really crazy and animated, but just like one of them ride outs when you feel good and you just got the top down and you just want to zone out.

Take a listen to the songs below: