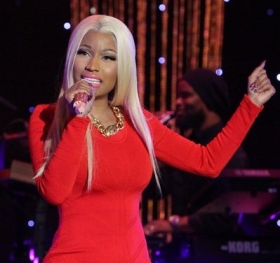 Nicki Minaj was invited on "The Ellen DeGeneres Show" where she talked about her feud with Mariah Carey on "American Idol," but also about her dating life.

"It was just two big ol’ divas, I guess," said Nicki, who explained how it all started. "I heard them saying Mariah doesn't want you on the panel, but I was saying, ‘No, I’m friends with Mariah.’ And I was like arguing with people, like, ‘Don’t believe everything you read. You’re crazy!’"

About her romantic life Nicki declares: "I don’t have anyone," she said, adding, "It has to be someone very secure because it’s so easy to feel insecure."