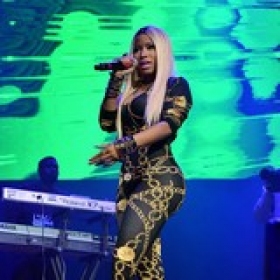 Nicki Minaj intends to share some “real deep sh*t” on her next album.

The 30-year-old rapper revealed that she is planning to release a brand new record sometimes in 2014. Until then she is working on a new song.

Nicki didn't reveal the musicians who will feature in her new songs, but she assures her fans that the names will be outstanding.

"I'm really excited and the people that have been working with me now, have been people that I haven't worked with before so it's like they're bringing a new sound to the album that I've never experimented with and plus, I got so much to talk about," she gushed