Listen to Nicki Minaj's brand new singles: Champion and I Am Your Leader 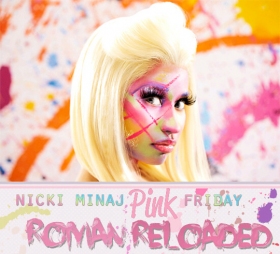 With just few days before her new album Pink Friday: Roman Reloaded hit the shelves, the female rapper Nicki Minaj drops off two new singles called Champion and I Am Your Leader. And she is not alone, but she is joined by fellow singers Nas, Drake and Young Jeezy for the first track, and Rick Ross and Cam'Ron for the second one respectively. The mellow tune, which features verses from Nas, Drake and Young Jeezy, has Harajuku Barbie keeping it simple and low-key. Almost too low-key for a song about triumph that openly declares, "It's a celebration."

Nicki Minaj's "I Am Your Leader" feat Rick Ross & Cam'Ron: