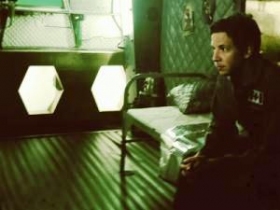 Simple Plan have gone on another planet for their new music video in supporting the new single 'Astronaut'.

The clip opens with a message that read, "Being human is the most terrible loneliness in the universe" and continues to show a lone man exploring an empty space. He keeps looking around and around for something, or rather someone, to fill a void in his heart.

'Astronaut' is lifted from their June-released forth studio album Get Your Heart On!. Its accompaying music video was filmed somewhere in the desert of California. Watch it below.

The Canadian band are starting the tour across North America on October 28 to promote their music. They will be supported by the likes of The Cab, Forever the Sickest Kids and Marianas Trench. Fans can visit their official website to obtain more detailed info about the upcoming traveling show.