Music is a distinct art form. It heals both the body and soul. Music can be used to uplift, inspire, confess deep emotions, and even improve cognitive processes. And what do you know about the effects of music on the human brain?

Music has been used in many rituals around the world since ancient times. Furthermore, even scientists admit that this does not happen by chance. Dawn Kent, for example, notes in his study that Plato suggested using music to treat anxiety, and Aristotle considered music a tool for overcoming unstable emotional backgrounds.

Music has a noticeable physiological effect on many biological processes, including brain activity. Let's take a closer look at what happens.

What Positive Effects Does Music Have on the Brain?

Music has an impact on neurons in the human brain. For example, scientists have confirmed the impact of music on the psycho-emotional and intellectual development of babies and young children. Modern discoveries reveal that it can even become a cure for people whose brains have suffered as a result of injury or stroke. Here are the key positive effects of music on the human brain:

After the release of the American documentary “Alive Inside” (2014), people started to use music as a type of therapy for patients with Alzheimer's disease. The plot of the movie is based on a true story about a nursing home employee who decided to hold an experiment and brought an iPod filled with various types of music to the hospital.

The results surprised everyone: Alzheimer's patients began to recall events from their past while listening to various songs. Furthermore, the story told in the film is not science fiction, but a fact with a scientific explanation.

In 2009, UC researchers discovered a brain area that connects music and memories. That is, after hearing a melody from the past, a person begins to recall the emotions and events associated with it.

Music therapy also promotes the reorganization of brain structures, restoring order after injuries. Increased activity in areas of the cortex involved in music processing will have a positive effect on cognitive function.

Music can also help dementia patients form new memories. Other studies have found that certain elements of music (for example, rhythm) have a positive effect on cognitive processes in children with delays in speech development (for example, dyslexia).

According to a study conducted in Hong Kong, children who receive music education have better verbal memory than their peers who do not participate in music. After one year of observing the children, it was discovered that those who began or continued their music studies demonstrated a improvement in verbal memory. In other words, memorizing pieces of music improves non-musical memory.

Scientists have discovered that listening to music can reduce the intensity of negative emotions. For the experiment, a group of people was asked to listen to music while answering aggressive questions.

This experiment demonstrated that when listening to music, the main focus shifts to the melody, allowing you to release negative emotions without conflict while maintaining emotional stability. There is a scientific explanation for why you should listen to music instead of meditation or yoga for peace of mind.

Listening to music, regardless of genre, has been shown to lower cortisol levels. It also drops after attending various types of concerts, ranging from pop to classics.

Numerous studies have found that listening to music improves performance. At the same time, you should know what songs to listen to for this:

In 1972, American researchers discovered that playing music in the background while doing monotonous work increased labor productivity. Later, scientists discovered that musical accompaniment is useful even in the work of surgeons and that solving mathematical problems is easier under the sounds of classics or rock songs.

Music helps to produce dopamine, the happiness hormone. Music lessons can benefit the human body far more. It was discovered that singing and playing various musical instruments improves attention, motor skills, and the interaction between the two hemispheres of the human brain.

Different sounds have different effects on brain rhythms. Music causes fluctuations in alpha and theta waves. The image of brain fluctuations in creative people has some characteristics.

When there is a surge of alpha waves, creative personalities feel a surge of inspiration and energy. A burst of theta waves produces a similar effect, but they are also responsible for relaxation and sleep.

Scientists also investigated how different levels of intensity affect creative processes. They discovered that the best volume for creative tasks is moderate noise, defined as 70 decibels or less. Noise at 85 decibels harms a person's creativity.

6. Increased Empathy for Others

People who practice more compassion have much higher brain activity when listening to music they enjoy, particularly in reward centers. They also showed increased activity in areas of the brain associated with social information processing. For example, when attempting to comprehend another person's point of view or feelings.

According to researchers, empathy is an important factor in the development of human relationships. When people feel it, it not only creates a distinct pattern in the brain, but it can also influence how they perceive music.

According to research, music is handled by the same "neural architecture" like empathy and other social tasks, and music most likely helps people navigate their social world. Music can help people be more empathetic towards others.

According to research, music increases human empathy. It can be a valuable tool for navigating the social environment, strengthening social connections, and coordinating work with others.

Throughout history, music has accompanied people. For millennia, the human brain has adapted to the complexity of speech communication and complex melodies, progressing from perceiving a sequence of sound signals and playing instruments to comprehending the intricate musical works of brilliant composers and remembering simple pop hits. After learning how music affects the human brain, you can use it to your advantage when necessary.

My Bio: Cynthia Young is an academic writer with an excellent love for popular science literature and chamomile tea. She starts her day reading articles in favorite science magazines and ends up writing her own. For several years he has been working with a team of writers Trust My Paper to help you write any paper. 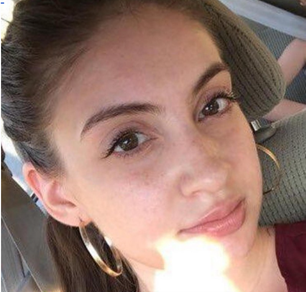