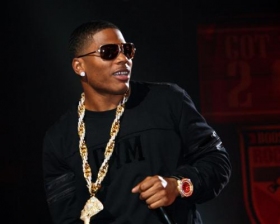 A brand new track entitled Just A Dream recorded by American rapper, Nelly is now on the net in the official version. I find it pretty cool !

Just A dream will be featured on his upcoming sixth studio album, entitled "Nelly 5.0" scheduled for released on September 21, 2010 under Derrty Entertainment and Universal Records. His first single, "Tippin' In The Club" surfaced recently on the net.

Enjoy your listen to the new song:
Nelly - Just A Dream