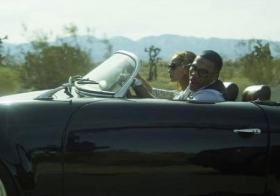 "I'm a huge car freak. Being from St. Louis, we ride. That's what we do," Nelly explains about his love of cars.

"Hey Porsche" is the first single from Nelly's seventh studio album "M.O.", which is set to be released in June.

Watch the video below.