Mario's mom got him a karaoke machine and a piano to practice on. It helped Mario to develop harmonies and improve his vocals. Mario got his big break when he performed at a talent show in Baltimore. Mario's manager, Troy Patterson, was also there and he knew an employee at J Records. Mario was introduced to Clive Davis, the head of J Records. Mario finally gained attention with his hit song Just A Friend 2002 when he was 15.

Mario's Turning Point
All grown up, Mario has released his second CD, Turning Point. It already has tracks that are tearing up the charts like Let Me Love You and his latest single, How Could You. And, like many young artists today, Mario is about to break into the film industry. He's received several scripts and he's eager to make the move into Hollywood. So keep your eyes peeled for this hottie in the months to come.
Mario's Musical Influence's

Mario is single.
Mario's celeb crushes are Jada Pinkett-Smith, Julia Roberts, Halle Berry and Beyonce Knowles.
Mario likes tryin' different foods but one of his faves is Caribbean food.
Mario's Just a Friend 2002 is a loose cover of an '80s hit by rapper Biz Markie.
Mario sometimes calls himself "Boy Wonder" but his real name is Mario Barrett.
Mario Says...

Mario Says...
"My mother heard me singing and at first she thought it was the radio playing loud. When she came downstairs she was shocked when she realized that it was me." 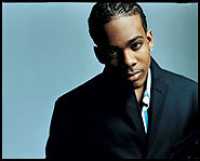