I went to the Moped store, said 'fuck it'

And I'm like 'Honestly, I don't know nothin' about Mopeds'

He said 'I got the one for ya, follow me'

Oh, it's too real! Chromed out mirror, I don't need a windshield

Eight hundred cash, that's a hell of a deal

Pulled up, moped to the valley

Dope, my crew is ill, and all we need is two good wheels

Got gas in the tank, cash in the bank

And a bad lil momma with her ass in my face

I'mma lick that, stick that, break her off, (Kit-Kat)

Snuck her in backstage, ya don't need a wristband

Killin' the game 'bout to catch a body

Passed the Harley, Dukie own a Ducati

God damn man, everybody got Bugattis

I'm stuntin' on everybody, hella raw, pass the wasabi

I'm so low that my scrotum almost draggin' on the concrete

My seat is leather, alright, I'm lyin', it's pleather

But girl, we could still ride together

Fuck a bus pass, ya got a moped man

She got 1988 Mariah Carey hair

Throwin' up the West Side as we tear in the air

Stoppin' by Pike Place, throwin' fish to a player

She has her arms around yo waist

With a balance that could keep us safe

Have ya eva felt the warm embrace

Of the leather seat between yo legs

Ya don't want no beef, boy

Know I run the streets, boy

What ya see is what ya get girl

Ain't seen nothin' yet until you're

Dope! Cut the bull! Get off my mullet

It can't catch me! A po po can't reprimand me

I got yo girl in the back doin' tandem

Stuntin' like a French pimp from back in the day

I take her to Pend Oreille and I watch her skate

I'm perusin' down fourth and they watchin' me

I do a handstand, an eagle lands on my seat

I got one girl, I got two wheels

She a big girl but ain't a big deal

Goin' down the backstreet listenin' to Blackstreet

Runnin' around the whole town

Neighbors yellin' at me like, 'ya need to slow down'

Mow yo damn lawn and sit the hell down

Ya don't want no beef, boy

Know I run the streets, boy 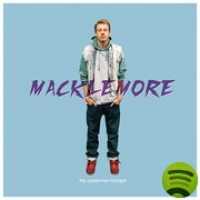