I tend to race ahead of pace, dippin’ while I’m dressed in Bape

Then they chase, catch me if you can, I ain’t Dicaprio

Capicola sandwich’s are tasty from Primanti’s

Girls want makeup, get demanding but they fake like orange tanning

For a test that we ain’t study for, wonder will she love me more

With money, cause if not, I’m not sure what all this money for

Feelin’ like a hundred wars are goin’ on currently

Soldiers sent to death on some jets for the currency

Poison, take this mercury, I’ll teach you for a learner’s fee

How to turn your girlfriend to a circus freak

Cool by the word of Keith, fabric by the hand of Zeus

Actin’ like you f-ckin’ with me, that’s some shit I can’t excuse

Focus is on manual, control the panoramic view, universe

You got a chance, don’t blow it like how a tuba works

I plan to do, somethin’ that ain’t tangible

Now I’m bout to hand it to

The homie (Michael) Mike Rock, hear what he saying’to you

Take a trip, took a mali-alie out a bank a populari

I told my self I wouldn’t get it, I’m sorry thats my bad

Gotta lock and then lost the keys, we smoke, make it hard to see

We go harder then the Carter one, excuse me baby pardon me

Can you f-ck me like the honeymoon? Not saying its coming soon

But I want the real show (real show)

The shit they payin all the bills fo 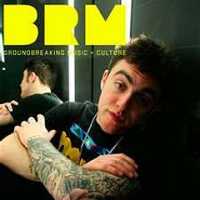 Anonymous
Tuesday 27th of March 2012 10:52
Sir Michael Rocks joins rapper Mac Miller on number 5 track from Mac’s "Macadelic" project. Although the boys go hard on this one, no aliens or robots were hurt during the recording of this one.