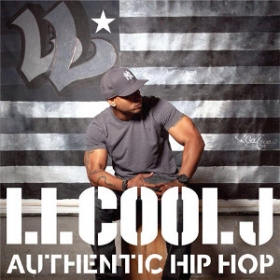 LL Cool J released his new cover art for his 14th studio album, "Authentic Hip Hop". The rapper revealed that his project is set to be released on February 12th 2013 and he dedicates it to his fans, that helped him grow and progress over the years.

"I'm not trying to compete with 17-year-old on the radio, but I am talking directly to the folks who came up with me," tells LL. "We may not be teenagers anymore, but we do still like to have fun."

Check out the official "Authentic Hip-Hop" tracklisting below.

We can hear now two singles from LL Cool J's new album: "Ratchet" and "Take It" featuring Joe. You can listen to his last single called "Take It" below.