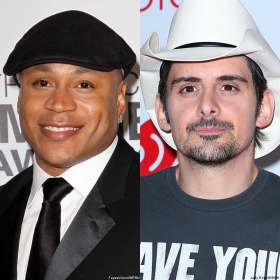 After a few days since the pair Brad Paisley and LL Cool J released their controversial song "Accidental Racist", now they unveil a new track called "Live for You". This is their second collaboration which was recorded for LL Cool J's upcoming album "Authentic", due out on April 30.

The R'n'B ballad tackles a romantic subject, and is expected to be received better by the public then their first collaboration.

"I basically brought Brad into my world," LL Cool J revealed. "It's not gimmicky; it's not some kind of song that isn't true to who I am as an artist. It's very current and fresh, in terms of who I am. But it's not gimmicky," he said.