Video Premiere: LIL WAYNE I'm Not a Human Being 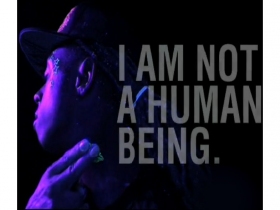 Lil Wayne keeps himself exist although he's behind the bars at Rikers Island. A music video has just been released for "I Am Not a Human Being", a track which can be found on his upcoming EP of the same title. Picking neon purple as the theme, the video plays a lot with human anatomy and forensic investigation.

"I'm Not a Human Being [EP]" will be released on September 27, right on Wayne's birthday. His full-length album "Tha Carter IV" meanwhile is coming out in November, around the time Wayne is released from prison.

LIL WAYNE 'I'm Not A Human Being' Video :