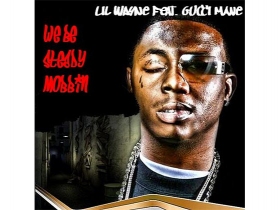 Fresh video from Lil Wayne just arrived - Steady Mobbin' ! Video is like this: Lil Wayne wanders around his luxurious house, giving fans a tour inside his crib in a music video for his song "Steady Mobbin' ". In this clip featuring Gucci Mane, the Young Money rapper also shows off a number of coveted trophies he earned during his career.

The two MCs filmed the clip directed by DJ Scoob Doo separately. Weezy shot his part before he went to jail in March this year, while Mane did his part a few months later after being released from prison. A behind-the-scene footage will be included in the DJ's upcoming DVD "Entourage: Fetti Holmes Edition". The music video itself is set to be featured in another DVD project titled "Nino Brown Story, Pt. 3".

Steady Mobbin' is taken from star-studded album "We Are Young Money" which boasts duets among Drake, Tyga, Nicki Minaj and many more.