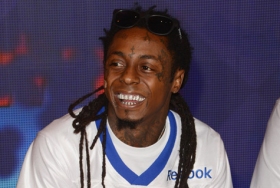 Lil Wayne has been released from hospital after suffering a seizure last week.

The Mack Maine president, Young Money, tweeted the good news thanking to the hospital staff at Cedars-Sinai in Los Angeles.

"Thanks to Cedar Sinai for everything!!!" said Mack. "@LilTunechi has been officially been released and is headed home….God is great."