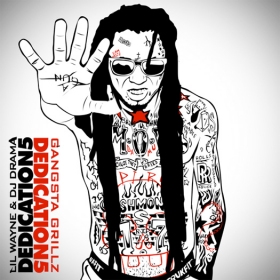 The New Song „New Slaves” had been released from the new album called „Dedication 5”.

„Dedication 5” isa the last studio album from the hip – hop singer LIL WAYNE. The album follows the release earlier this year of Wayne’s last studio album, I Am Not a Human Being II, and features, as ever, a combination of original material and re-vocals of popular tracks.