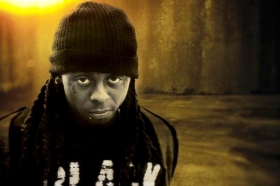 After guest starring in MTV's "The Seven", incarcerated Lil Wayne continues to appear on the small screen. This time around, the rapper debuts on BET a Gudda Gudda-featuring music video in support of his song "I Don't Like the Look of It".

"I Don't Like" is taken from Weezy's latest studio album I'm Not a Human Being which came out while he was still staying in prison. It serves as one of the bonus tracks for the effort which debuted at the runner-up place on Billboard Hot 200 in its first week of release.

Watch the video premiere of Lil Wayne "I Don't Like The Look Of It" feat Gudda-Gudda below :