But they wanna be, where I'm at (Y'all niggaz wanna be like me)

Well go through the pain nigga, cause (Y'all niggaz wanna be like me)

Only the Good Lord know (Yup!)

I know you see me shinin'

With the yellow diamond

Don't be thinkin' dat ya boy ain't been grindin'

I was with my momma

And there was alot of drama

We sold crack from the winta all through the summa

Yea, we went through pain

We was stackin' change

Payin' the cost to live in the street, mayn'

Tha shit I been through, a nigga should've been a schollar

You know a nigga cried

Not havin' him around

You know it hurt inside

Momma wonderin' round cause she a drug deala

I gotta give it to her cause she a real nigga

I'll kill any muthafucka doin' somethin' to her (Yup!!)

They wanna be on stage, (Riiight)

They wanna get paid (Owh)

But they don't know the hurt (Hurt!)

On stage gettin' hit with a bottle

Knocked out, not even know if I'ma rap tommorow (Aye!)

In the hospital, straight bruised up

Got a cut from my lip and my thumbs up (Damn!)

It's kind of fucked up (Yea)

Cuz I was showin' love (Love)

I was givin' hugs (Hugs)

Chillin' with the thugs (Thugs)

All I'm trynna do is show love to err'body

God let me alive so I can tell about it (Amen)

See I don't scream and shout it, but I go to Church

What ya know about puttin' in dat ___ work 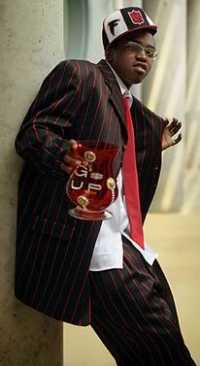