Look! The rap game, just like a dope game

they get the broke man, Make 'em flo, man

But they don't know, man

You don't wanna make the fans

Go and cop it when they peep it

They stael your royalties

They blame it on your attitude

They takin' all the G's

They takin' all the shows

They tell you one price

But the promoter let you know it's cold

90% of these rap niggas fake as fuck

and the label execs shady

Catch me in the record store

All I know is get it, like I starving from the night before

Ah, bitch, Im in it for the long haul

This one for my niggas, now we on yall

Boosie showed me how to get it independent

Mandigo the go the CEO and now the whole team winning

Instead of moving OZ's and stealing TV's

All of a sudden hundids on hundids is what I'm thumbin

Plus this rap shit I live for,

no more moving packs Out there on the block

I'm moving spots up in the billboard

I went from grams to Grammys

Fucking with Boosie, now I'm on a yacht down in Miami

From five birds to five words

It's all the same, know what I mean nigga

Rap game, so fuck what you heard!

You get famous, niggas come and tryna kill you wit words

Forget that ass shit, so you gotta go swerve

You wanna verse, then come with stacks

Fuck with me, it's coming back

Like the Junkee, when you got some fire crack

The major label dope me in

From state to state, they scope me in

Paint a picture and make movie, then they nobody your friend

Just give it to him raw, then you start gettin' junkies

Who go and and lick to buy yo CD in the mornin'?

They hustlin' when its storming, they try to get it on

They up in the mall, with CD's for ten bones

And all the CEO's, they done had kilos

But people got 'em froze, and now they fucking with shows

From five birds to five words

It's all the same, know what I mean nigga

Thanks to LadyT for correcting these lyrics 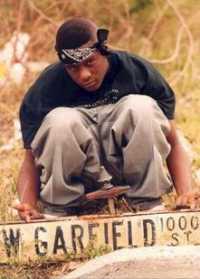