Full speed ahead, none of that retrogressed shit!

Looks can be deceiving, know that seeing is believing!

Black muthfuckas on a quest for retribution, overdue for the retrieval

Thinkin I'm a nigga with a whole lot of venom; but don't nobody know that I'm sentimental

Please believe he's a thief; reefer leak through the streets to the beast he's a link

Why - can a brother get ahead of the mess now?

Why - do you think a black man gon' step down?

Why - 'til the inner city heads get left out?

To do what it takes to make a quick rise

anyone in the way of fam is gon' die

Racin, for segregation, fuck your regulations

Anticipations on yo' gay administrations

Makin weightful statements, you never make 'em, in a whitemanzeyez

I'm a nigga with no start, a nigga that get hard, then be in carcerated

I'm a nigga with no hope, a nigga who's so broke, that his whole life's a joke

With nothing to gain and everything to loose, hell if that ain't lame, then I'm the same as you (huh)

A nigga that dope deals, a nigga that wont feel the pleasure of more fills with leather

With the life of stars, I'm a trifling' star, fall right in the arms of your woe

Do you feel I'm a get what chu' gave?

Do you feel I'm a minimum wage?

Do you feel I'm a impotent slave?

Answer this..? feel me with this rage

&quot;In the words of the late great, I'll probably be murdered for this shit that I said

I speak the real, be a legend, breathin' the dead.&quot;

When it's time, when god is my witness

Die for my people

When it's time, I'm bombing with viscous lines

When I speak it, from the mind, and I'm sufficient

Prime, rhyme and reason every time

The black the strong

The heart the lone

In a word on my own

The stress the crys

The truth the lies

That bless the lives

In a word all alone

In a world so prone

We be never be no equal cause

You be devilish people so

Could you take a couple seconds out of your time

So I can really voice what's on my mind

Look into the eyes of which is not blind

When you hear how a nigga spit

I give and take through this crisis

So whites and afrkids fighting for life

But I got Mexicans and Asians beside me

Even Caucasians and Jamaicans taking stand in America what's right

This is a war, and you loosing with un even scores

One for my your hate, three for minorities and even more

Reach through my blood and pour

If Denzel Washington can do it - I can!

If Forest Whittaker can do it - I can!

If Percy Miller can do it - I can! 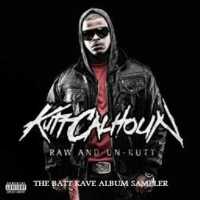