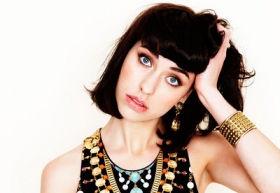 Released exclusively for Entertainment Weekly, the New Zealand native Kimbra's new track Come Into My Head sounds really ferociously funky. The 70s-inspired song is one of the six brand new tracks included on the US edition of her debut album, Vows, while her recent collab with Foster the People Warrior will also appear on the album – due to release May 22nd.

Kimbra debuted the song one month ago, at the end of their show for The Warner Sound at La Zona Rosa (SXSW Festival). Until the official song will be presented you may listen below to Kimbra's new single Come Into My Head in here.