My lyrics grab rappers by their necks and squeeze 'em

Til they heart burst out they chest, They fucking leaking

Want to fucking mess my words up, Pistol whip and beat em

M-16 em, Stomp all over his guts in my Timbs

Macks'll snap off they limbs

And ain't none of ya'll fucking with him

The microphone assault rifle, Got ya'll writing my lyrics

A rap music sharp shooter turn your whip like the twins

The scope on my throat spit like I'm out flossing

And fuck cops cause I do what I want

I drive around drunk with no license plates

Bodies in the trunk, Leaning out the window

Hollering at just about anything, And punks, No homo

I'm the body that came out the soul

I'm a universe that came out the globe

I'm phenomenal, Gat by the abdominal

I told my Grandmother when I was ten

The Devil didn't get inside of me, Cause I got into him

So if ya'll niggas wanna fuck around, I'll buck you down

Bust you clowns, This the Psychic World of Walter Reed

With a rapper tied up with a saw to his knees

Wearing a bloody tee, I see, If I'm not mistaken

He's wearing an apron, Smeared with blood across his skin

He's carving his face in, In the dark basement

His scream, He says fucking say my name bitch

No he's walking into a spaceship

He says something solid, Then he aboards the ship

Who want it, Give it to em, Put the mic through em

Lyrics are mach tens, Close'n on em like fat twins

My gat's the Vatican, Confession bullets

These raps I use em to make pterodactyl music

When the hammer go blam, Your body blows up

Then I watch it shatter fam

Don't go to sleep it's the Candy Man

And I don't need a fucking gun, It's destruction on my tongue

The Iron shall come, I don't need nobody to shine

I am the Sun, The lion has sprung, All ya'll rhyme'n is done

I spit like God or cayenne in my lungs

Niggas talk, They nice til my lyrics white chaulk their mic

Put their thoughts in a vice, And pull em out of they mind

Nigga when I go at you

There's one me and I out number you

My lyrics shot you, My voice kicked you

It was the rhyme, You felt nine fists punch you

Til they gone through the window, Through the door

Our God and everybody gonna know it, The street poet

You want beef boy, I decoyed and destroyed

And yeah I know I said I'm about peace

The twelve tribes, Conscience rap, But you know what I lied.

This time, Uh, I lied this time, Father forgive me

The Psycic World gotta come, I gotta get these dudes

Uh, These rap motherfuckers off my nuts, Uh

Stand back and motherfucking playa hate all day long

Break your shit back just to tear it apart

Nowhatimean, Break it down just to build it up

Build it up just to break it down 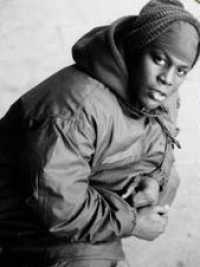