Kate Rusby - The Duke And The Tinker

As fame reports a young duke kept a court He pleased himself with his frolicsome sport He found a poor tinker lying drunk on the ground In such a deep sleep he heard not a sound He said to his men, Richard, William, and Ben We'll away to my palace and we'll sport with him then He was carefully carried to the palace so grand None would compare in all of this land They stripped him down bare and he had not a care They washed down his body, his face and his hair They put on a nightgown of bright crimson and red And left him to sleep in the duke's golden bed In the morning when day, then admiring he lay For to see the rich chamber both gaudy and gay He looked all around him and was so amazed And admired how he to this honor was raised Though he seemed somewhat mute, he chose a rich suit Which he straightway put on without longer dispute From a place of convenience, the duke his good grace Observed the man, in every case A fine dinner was dressed both for him and his guests He was placed at the table above all the rest He had wine, he had brandy and soon he did snore Being seven times drunker than ever before Then the duke did ordain they should strip him again And restore him to a tinker, and to ever remain Again he was carried to the side of the road Back once again where they first found their load He slept all the night as indeed he well might But when he did waken his joys took their flight Oh the power and the glory so pleasant did seem He thought it to be but a mere golden dream 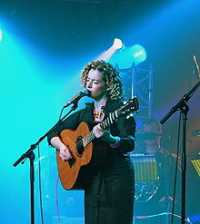