Lyrics complete the circle of a rap singer

Combine with feeling mean and plus a reason

And to rock it for the season

And niggas on the lookout

Take away your strips of General status, baddest

Creep only when I attack my rap squad are fake Gods

Faker than their tongue, strung out

From the tongue out bring out fraudulence

To the audience 'cause they are conveyors of pestilence

The pretense, I blow up to create a science based on reliance

In fact, you will agree, that it is to be a real emcee

Such as he who's I, clear the third eye to reveal I

I remain the high emcee, the Kardinal, Mr. Ritchie

Niggas in control over and above thee

Took the lyricy, for I will be the nigga to lead

The sea of lost souls to see the light

Forever in the night time

Making mental envision the precision and quick to descend

The decision, is yours I go on the drink Coors

And rock encores for packed floors, yo

On some new stuff

'Cause we move ta, your expeditions must be tight

I light a torch and look at a tunnel

'Cause brothers are after what they can see

So when I make your moves, yo they be after me

And my entourage, will flexes connects your mind

With a cause, some will kill for a yard

Hard is the state of my people nowadays

Slinging rock can change a man's mind many ways

When are you seen as a dollar for a killing

Where niggas they be building itch, to chill and itch

For the future, the new world order

I'm showing you that I will be ordering itch

Inside the new world, doing what I got to do to make Brown for my seeds

Function on higher levels like a Shoalin Priest on Hydro

I can see time flies yo

So when we making moves, you either with me

In the midst like Betty Crocker, once said by God's son

Twice spoken by Kardinal, ooh, check how I flow

So many niggas up inside the Circle without purpose, singing with the F

To the train trying to fat up their purses

Niggas prepare of the slaughter, overseen like a father

Up in the blue collar world

That's why I wear a mandarin to avoid the sin

Niggas of the F.O.S., we the monopoly

The Trivial Pursuit of making loot, they never stopping me

But one day I will make a G, times I buy another G

Back with the Figures Of...

I'm hailing up the fifty herbs, stale in the house

You know the busi-ness, while I'm riding in my auto breathing L and drinking Guinness

I got honeys in the room getting it on

And they ain't leaving 'til six in the morning 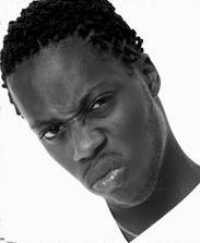