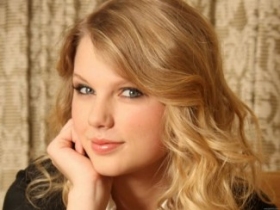 After the female rapper Nicki Minaj was announced fisrt as one of the performers at the 54th gala of Grammy Awards, there were announced other artists to take part at the event. Bruno Mars, Taylor Swift, Foo Fighters, Jason Aldean and Kelly Clarkson will be performing on the Grammy Awards stage on February 12th, in Los Angeles.

Jason and Clarkson were announced as joint performers, and most likely will be singing their duet song "Don't You Wanna Stay", which is also nominated for Best Country Duo/Group Performance. Kanye West, which is the biggest nominee of the night will also showw off on the stage, as it a tradition for the Recording Academy to invite the person of the night to perform.

Recently, the British singer Adele is rumored to open the show. Due to her throat surgery, she is reportedly waiting until early next month to find out if she is ready to sing in public again.

Kanye West "All Of The Lights" - Nominations in three categories "Song Of The Year", "Best Rap/Sung Collaboration" and "Best Rap Song":

More performers at the Grammys are expected to be announced in the upcoming weeks.