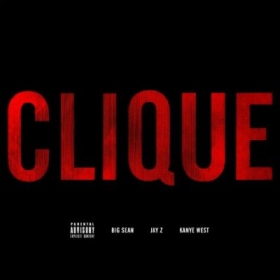 Just two days after debuting the 30-minute snippet, Kanye West delivers the full version of his Big Sean and Jay-Z featured track "Clique". The track, which is included on his forthcoming G.O.O.D Music Cruel Summer album, and has direct reference to his wifey Kim Kardashian's infamous sex-tape, "Eat breakfast at Gucci. My girl a superstar all from a home movie". You listen to the full Hit-Boy produced track after the jump. Elsewhere in the song he raps about Tom Cruise.

The album, titled 'Cruel Summer', will feature all the acts signed to West's label including Mr Hudson, 2 Chainz, Kid Cudi, Pusha T as well as Big Sean. The track listing for the album has yet to be confirmed.