Kimye to Sue for Emotional Abuse 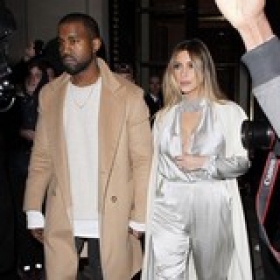 Kanye West and Kim Kardashian are supposedly preparing to sue an 18-year-old man for “emotional abuse.”

The “Black Skinhead” singer is accused of punching a teenager outside of a Beverly Hills medical building in order to defend his girlfriend’s reputation. The man allegedly insulted Kim by calling her a “n***er lover.”

It seems that the couple is so determined to make the teenager pay for his insulting words that Kanye is seriously considering taking him to court.

“He did a number on Kim, and Kanye is thinking about how he can sue him for Kim's emotional abuse,” a source told HollywoodLife.com. “He really f***ed Kim up mentally because she had never heard words like that spoken before and filled with so much hate.”

Both Kim and Kanye feel that they were victimized because of their celebrity status.

“This is America and in this country, 'celebrities' are looked upon as banks to abuse,” the same insider explained. “That dude had no right to bother Kim and say what he said to her. He was out of line. If that happened to your average woman and her average husband came to defend her, we would not be having this conversation.”

Nevertheless, this is not the first time that Kanye is involved in a similar incident. He has also been accused of assaulting a photographer. Fortunately for the musician, his family helps him cope with the limelight.

“Well, I've got my astronaut family. You know, becoming famous is like being catapulted into space - sometimes without a spacesuit. We've seen so many people combust, suffocate, get lost in all these different things. But to have an anchor of other astronauts and to make a little space family,” Kanye told Interview magazine. “I wanted a family. So god gives you opportunities, and you make sacrifices for something that's greater.”