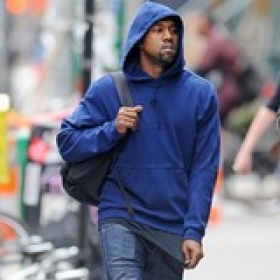 The notorious American couple sent William and Kate a gift for their newborn son. According to UK newspaper The Sun, Kanye and Kim, who recently welcomed a child of their own, were keen to congratulate the couple.

Apparently they sent Catherine and William clothes for the newborn prince that reflected Kanye's gangsta style.

"They sent William and Kate mini versions of Kanye's clobber, including skinny jeans and hoodies," the outlet reports.

It is unknown yet how the Duke and Duchess of Cambridge received the gift. A source said, “It depends if the Cambridges want to dress him in it.” Taking into account Kanye’s sense for fashion, probably they will not.