Kanye to face off with Jimmy Kimmel show on Wednesday 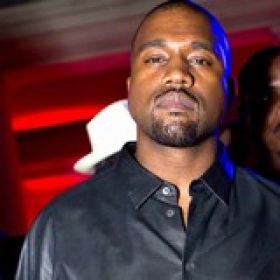 Kanye West will face off with 'disrespectful' comedian Jimmy Kimmel Wednesday night, less than two weeks after the pair got into what Kimmel called a “rap feud”.
Jimmy spoofed Kanye’s interview that he gave to BBC Radio 1''s Zane Lowe last month, re-staging the sit-down with child actors.

During the interview, Kanye talked about his frustrations with fashion and declared himself the "biggest" rock star in the world.

"Does Kanye West know he's not supposed to be his own hype man?" Jimmy asked as he introduced his sketch.

Kanye was furious about the skit and wrote some word to Jimmy’s Twitter page.

'JIMMY KIMMEL, I DON'T TAKE IT AS A JOKE. YOU CAN'T PUT YOURSELF IN MY SHOES. YOUR FACE LOOKS CRAZY...IS THAT FUNNY?...OR IF I HAD A KID SAY IT WOULD BE FUNNY???' he wrote in part.

'OH NO THAT MEANS YOU WOULD HAVE GOTTEN TOO MUCH GOOD P***Y IN YOUR LIFE." the rapper ranted.

"SHOULD I DO A SPOOF ABOUT YOUR FACE OR YOU F**KING BEN AFFLECK. #NODISRESPECTTOBENAFFLECK #ALLDISRESPECTTOJIMMYKIMMEL!!!!"