Is Kanye West Eager to Tight the Knot? 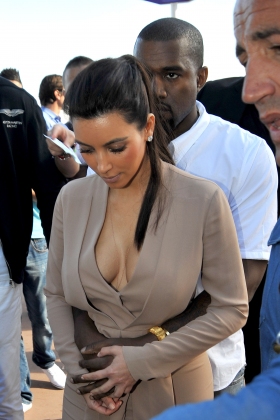 Kanye West was spotted this Friday looking at wedding bands.

The hip hop American star is currently in a relationship with the reality star, Kim Kardashian, with whom he shares the custody of a two months baby, North West. It seems that their relationship has tightened even more, after the birth of their daughter in June, this year.

Spotted by paparazzi at a jewellery store in Beverly Hills, Kanye was said to be checking out potential rings for Kim.

"Kanye was looking really carefully at wedding bands, like he was making a big decision,' an X17 Online photographer gushed.' And by big, I mean, BIG - the stuff he was looking at was the most expensive, biggest diamonds in the whole store."

Apparently marriage is an old topic in the West- Kardashian family. The pair are said to have been discussing marriage for quite some time.