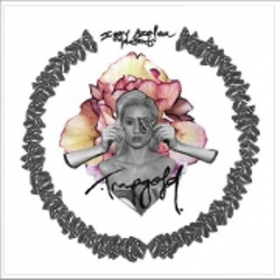 The dope project was produced by 1stDown of FKi and Diplo, and includes 11 tracks. She features with the sole guest Juicy J on “Flexin’ & Finessin’” and also includes “Bac 2 Tha Future (My Time)” and “Down South.”

“TrapGold is a project I created, to bring me back the feeling I used to get before I meet those men in suits who tried to find every way to suck the life and magic out of me,” explained the Iggy. “It’s the fun and cockiness of being young and feeling bulletproof. It’s winding down your car window, extending your middle finger out and up into the sun as those men behind their desks stare down at you from their high-rise offices… ‘FU*K EM!’.”

The emcee Iggy will join Rita Ira on her U.S tour starting in October 23 in Santa Ana, California.