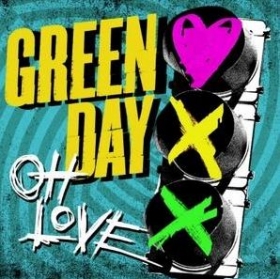 And they're back! Rock trio Green Day are back with a new single titled "Oh Love" which got released in full on Monday, July 16. Promoted as band's first single off their upcoming album, Uno!, the track is filled with nice and relaxing vibes, though they are capable of much more than this, but it's still catchy.

But, perhaps placed in context of the full album it'll flow much better and prove more appealing; it's not uncommon for songs to become more enjoyable when surrounded by the rest of the record. Theoretically, the band are tentatively luring the listener in with a restrained song by all standards so that the rest of the record blows them away. It's simply fine, but it doesn't pull enough punch for a first single.

Vocalist Billie Joe Armstrong sings, "Far away/ far away/ waste away tonight/ tonight my heart's on the loose," on track with a heavy guitar emphasis. "We were just thinking about making a killer power-pop record -- dirtier, back to basics," bassist Mike Dirnt said about the new record when they spoke to Rolling Stone.

Armstrong, meanwhile, talked about the "punchier" sound that they are after in the album. He stated, "I love the punk stuff I grew up on. But there are so many bands who make the mistake, 'We're going back, old-school.' Well, that's all you're doing. You already did it."

The lead singer went on to explain how they did it, "So we're changing the guitar sound," and adds, "We wanted something punchier, more power pop -- somewhere between AC/DC and the early Beatles."

"Oh Love" can be purchased on iTunes. Take a listen to it in here.

Uno! drops on September 25 in U.S. Dos! follows on November 13, and Tre! comes out on January 15. All albums can be pre-ordered on the band's website starting July 23.