Strange fruit I roll up in my ford taurus

Way out of order

Pull out garage and lost side view mirror

I just paid just brakes to break my lemon

So I'm not for given 'till my debts forgiven

Skim off the top

Got it on lock jaw to the tip o' the tooth

Way I floss no dental insurance to boot

But my chain hangs low, I could double dutch

Keep my eyes to the floor so don't stumble much

I shine at night from all the carrots

'Cause it's not who you are but who you're wearing

Clasps on the neck says

'Property of the masses'

And whats under the chassis

The block is gentrified while the governor's classic

Don't know who the boss is do I hold the power

Whip is blowin' out my back like I'm exhaust-ed

Why and what's the reason for?

Rich man poor man either or?

Who shows us what we knead?

Who's got the bread for the luxuries?

Who told us it's ingrained?

We who hold these whips and chains

If there's no lock who needs a key?

When did we stop being free?

I see things vis a vis a sea change

We pay into easing these pains

'Cause the history is difficult

Synchronize to the stupid take a thousand

Just how did our oil get under their sand?

And how did our homes get onto their land?

And how did our foes get guns in their hands?

What's a simple straight-laced human to do

With a strange fate twist and fame

Except talk shit and name off a list of gains

But do you realize I'd find my lips in flames

If I tried to take pride in these whips and chains

Who holds these traps and circuses

So we're going half-berserk for it

Let's take it back before cassettes

Pepsi cans and packs of percocet

1910 all the factory workers said

Yes we can demand a weekend

If we can get the man to weaken

So if you're ready than send a beacon

To be continued and to begin

We can't be content to steep in the anaesthesia

Invisible hands of phantoms depend on

Ya fantasies have been poisoned

But we've got the panacea! 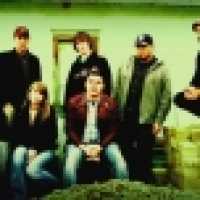