The Summer Hit Is Not Drake’s to Hum 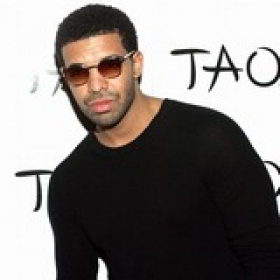 Drake is about to release his new single, “Hold On, We're Going Home”, single which will be featured on his upcoming third studio album, “Nothing Was the Same”.

It seems that when it comes to selecting the songs he will rap, the musician is very picky. The rapper also declared that he regrets not being the artist to release the song of the summer.

"I was sitting with DJ Drama and a bunch of people in the studio just debating about Atlanta records and when I heard [rapper Migo's track] Versace, right away [I liked it]," Drake gushed to MTV News. "Shout out to Rich Homie Quan too, he's killing it on his own, but it was a toss-up between Migos and Rich Home Quan as far as records I loved and wanted to get on. I was supposed to do Type of Way [also] and I probably should've done them both but I've just been trying to finish this album.

"That record is the song of the summer, I regret not getting on it, but I feel like now if I get on it, people are gonna be like 'ah man you waited too long'. I like to have the jump on it. I wish I would've written that record. That's Toronto talk - you feel a type of way, that's our lingo, so I should've probably been involved in that," the rapper declared.

When it comes to creative process, Drake proudly declares that he chooses to do things naturally and dislikes forcing a new song.

"As far as for people I don't know, I pick songs that I feel like I'll fit well on, or I have a flow for it,' he explained.

'And then everybody else is just...I like organic things, things that come together.'