DRAKE is drunk and depressed in 'Marvin's Room' music video 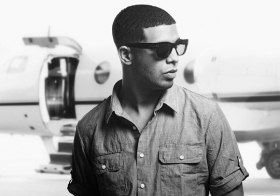 Drake has unleashed the 'Marvin's Room' video this morning, on his own blog. If you thought Drake was sad in 'Trust Issues', the hazy, slow and melancholic vibe of the Marvin's Room music video shows that Drake is still mad depressed and frustrated.

The story here in the video pretty much follows the Marvin's Room lyrics very literally: broody Drizzy is getting drunk with shot after shot of alcohol in a club and feeling regretful over the women he's been screwing around with on the side, so he ends up calling his lady and tells her that she can do better.

Video was filmed in his hometown, Toronto and was directed by Hyghly of XO. Watch it below:

The song was posted by Drake on his official blog as a pre-cursor to his upcoming studio album Take Care which is due in the United States on October 24.